So continuing with my collection replacement, I also grabbed a UCS Tie Fighter, and had much more success this time.

The Tie was near identical to the Lego variety, with one exception, there were not numbered bags.

Not a deal breaker as this is not a huge set, but it does add some time to the build for part finding. The overall design is excellent, and like the Lego version, is very well assembled.

Clutch is great on this brand, so there was nothing loose throughout.

There was one issue however that is ever present with Lepin and other block-off.

On longer part like those used in the wings, they have a slight bow to them.

Now as a single part, this is not a set killer.

But put them all together end to and, and the wings are noticeably bowed. 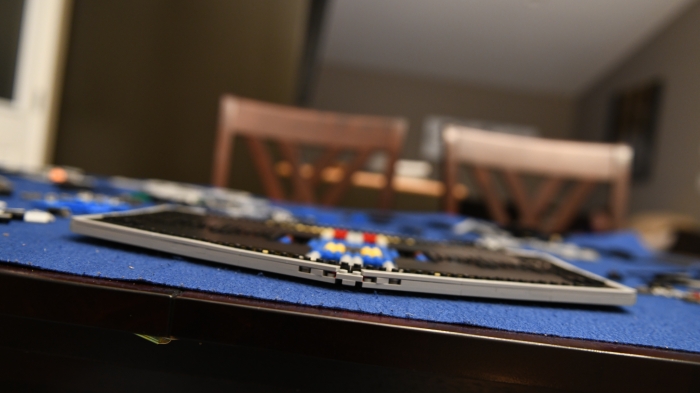 Now on my shelf it is near imperceptible, but during the build it sticks out like a sore thumb.

There was also a weird part alignment I have never experienced before.

The end cap in the stand, the part that slots into the base of the Tie, was molded incorrectly.

The little + in the middle was 45 degrees wrong.

So when slotted into the corresponding technic peg, it would not allow it to line up with the base brick. A real strange manufacturing error, and the first I have ever seen.

This was a decent build, rather simplistic in design, but never got boring.

Wing issues aside this is a nice display set.