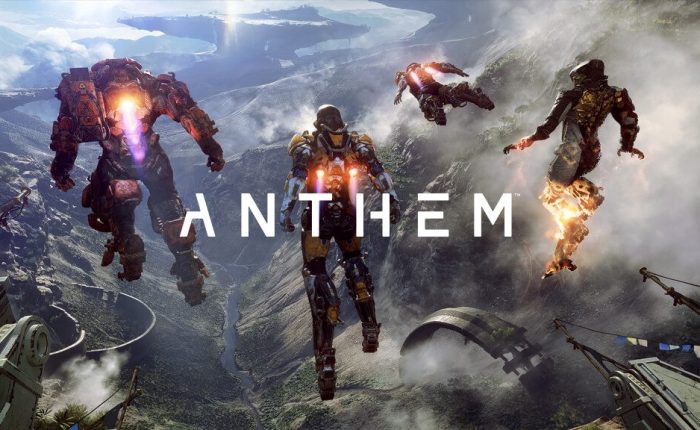 So how does one review a game that is both universally hated and loved at the same time.

You do you best to put aside your feeling about the publisher and do the best you can with what you have.

Anthem is a bit of a pickle. At the core, it is a fantastic game, and one that I really quite liked on its own.

But when you compare it to things like Destiny or the Division, it begins to show its flaws, but is it fair to compare the game to others in the genre?

2 years ago at E3 Anthem wowed crowds, people loved what we were shown, but this was before people fell out of love with E3, pre-Battlefront 2 fiasco, before loot boxes, before haters of all things E3.

So did Anthem actually stand a chance in this climate to succeed?

Sadly I don’t think so.

fans of the genre itself were pissed off due to a lot of quality of life things being missing, like the ability to change equipment in the field.

Pick up a great new gun, well too bad, you cannot equip it until you are back in town, want to try it out? Well then you have to launch, play around a bit, then load back into town.

Things like this pissed fans of the looter-shooter off. And somewhat rightfully so. Games that revolve around loot like Anthem are driven by the ability to play with all the new crap you get right away, to see if it is worth keeping, if it is fun to use or not.

And putting a barrier like this in the way was a real strange design idea.

Now I have not stepped back into Anthem after my 40+ hour trip around their world, and I do hear the devs have fixed this in particular issue.

As for the story, I found it not a bad first attempt at the world to make you want to know more. That in my eyes is a real measure of a games chops, anyone can make a straight A to B story where you follow the path and never deviate.

But the true success comes from making me want to know more, digging into the Lore and making me care about the world I am playing in, there wheres and whys of the place, the little bits of conversations that fill in the backstory of the virtual world you are in.

Anthem did this for me. I enjoyed searching out NPCs to chat, from the cookie custodian who just wants people to be safe and not trip in public spaces and wants to fix the fountain so people have something to look at. Or the old crone who hates you for no reason other than what faction you are part of. Or the bar tender who won the bar in a game.

All these little things made Anthem feel “real”, and that is what sets it apart from the other looter-shooters out there in my eyes.

The game-play itself is very fun, Bioware absolutely nailed the controls in Anthem. Never has flying felt so fun and natural in a game. You feel like a powerhouse in your suit. The weapons have weight, the special abilities are devastating when pulled off correctly.

And the visuals, man this game looks amazing, the world is a living breathing visual spectacle. It really does feel like a living world. From ancient ruins to the grass swaying, all of it feels very real.

With the addition of HDR presented properly it is quite a sight to behold. Definitely one of the better looking games this generation.

The sound presentation is outstanding as well. If you have a Atmos system and can do a form of emulation, Anthem fits perfect, launching rockets come from overhead and fly forward. Gun shots in the single shot weapons hit you in the chest via the low level bass. The special abilities make my teeth rattle in my head.

So all in all, Anthem in my eyes was a success, but sadly the vocal minority tainted it for the masses, their utter hate for all things EA sets them 10 steps behind the competition just because of unfair bullshit bias.

How can you give a game that so many expected to be better a non-bias fair shake?

You do what is FAIR, you judge it on its merits, not its publisher. You play it and put aside the name on the box, and at the end of the day ask yourself, did I have fun with this?

My answer to that is a resounding yes.

If you love shooters, and great visuals and sound, give Anthem a chance, you just may be pleasantly surprised.

a solid 8/10 with some room to improve (and to be honest it may already have, I just have not had time to go back)