Before I start this is the first set I am reviewing with my new Nikon D850. So let us know what you think of the shots. Review on the camera is coming soon as well.

So a few years back when Lego discontinued the UCS Sandcrawler I managed to snag one for a steal at Walmart.ca. It was about $200 off, and I had it sitting here for years never getting to assembling it, I just kept procrastinating and never got to it.

Then I started checking used prices and decided not to put it together and finally grab the Lepin version and just put the Lego one away for future sale for a hefty profit.

So I managed to grab on of these back in Feb 2019, a few months before the raid in China on Lepin, so I am counting my lucky stars I did not decide to put it off any longer.

Clocking in at 3346 pieces this set was BIG. And unfortunately it predated the days of numbered bags, so it was one massive humble that needed sorting. 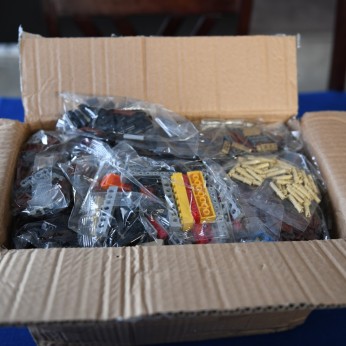 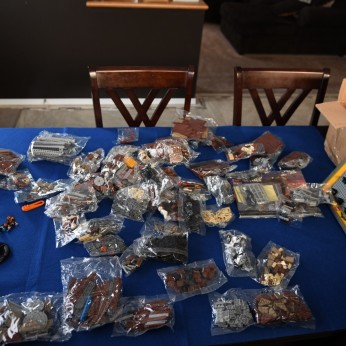 So I tend to sort in individual bags, i keep them together as much as possible, I find that the way they part them out adds to a logical state, while not in any order, they are still together as they came, so step 50 may need 10 pieces all from bag 10 if you will, saves in having to re-sort every last brick.

This is the end product. 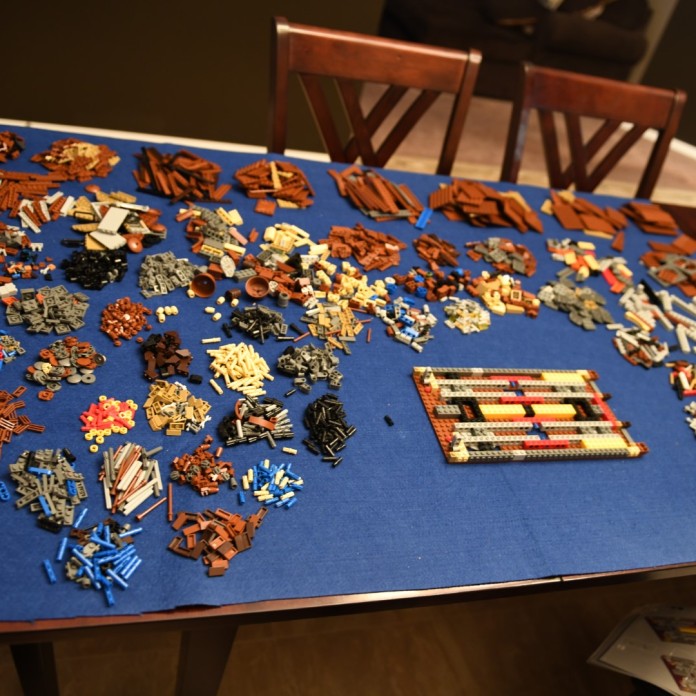 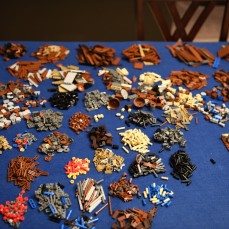 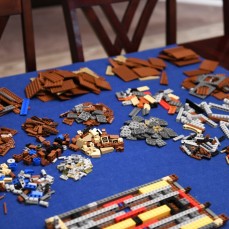 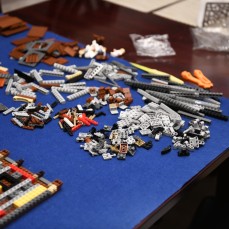 The build itself was fairly straight forward, but unlike most UCS sets this was more of a playset than an actual Model like most. 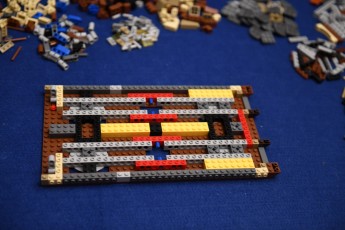 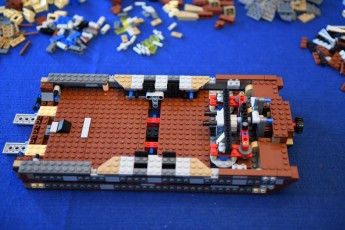 The tank tracks on the bottom are not particularly functional, I found that it really does not roll like you would expect, and they kind of get stuck, now I am not sure if this is a Lepin thing, or a design issue that Lego has too, all I can say is it does not appear to be a flaw in the bricks causing it. 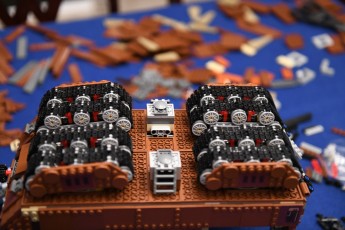 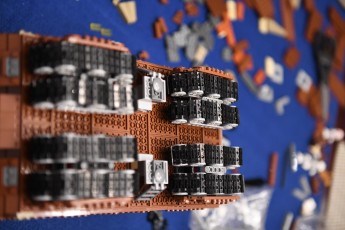 The framework is very much like a technic build, it is well designed and feels very sturdy, even for off-brand bricks. 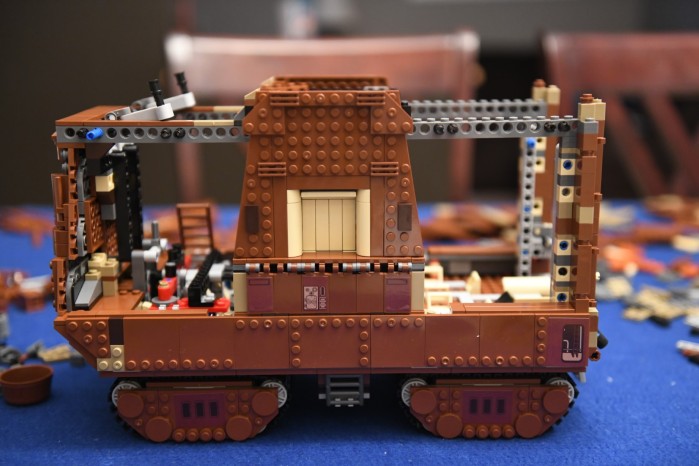 The side panels are very well designed to give that old rusted metal look, and Lego’s design pulled out a few tricks to make the angles work well. 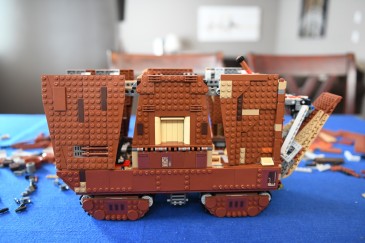 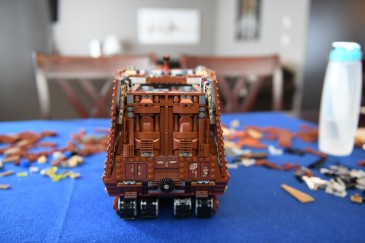 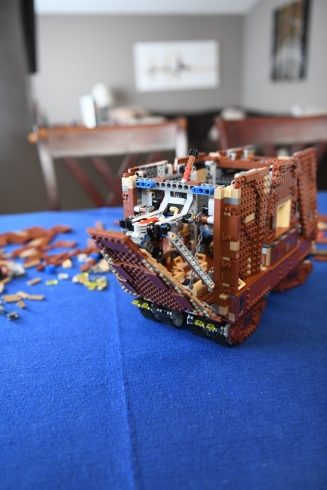 The inner details are a nice touch in the cockpit. 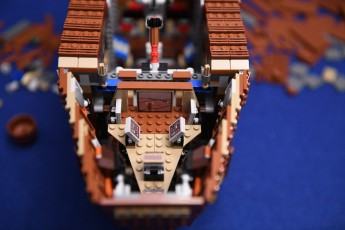 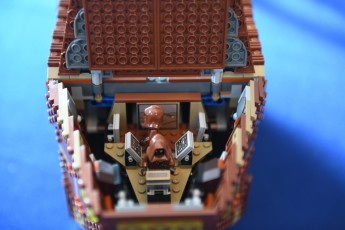 The interior (which is hard to picture) has tone of details, a working crane, sorting bin for droids, etc 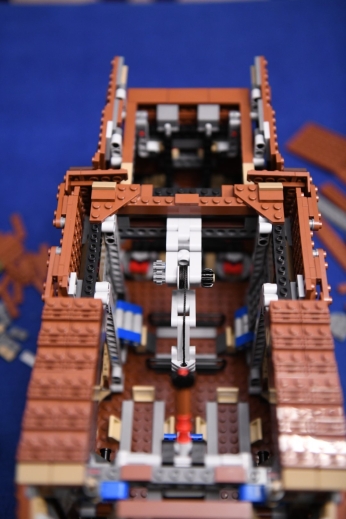 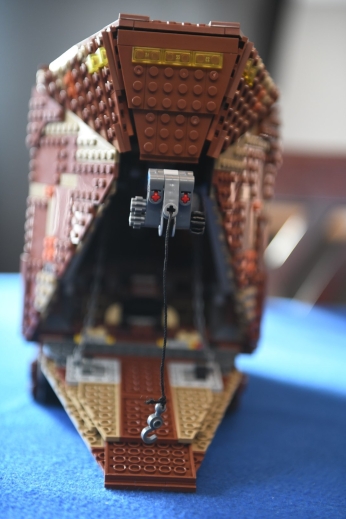 No one downside for me on that topic, is in recent years Lego has been moving more towards functional UCS sets.

Personally I am not a fan of this. While sure it makes for a more interesting set if your kid want to fly it around or play with it, it can tend to put weird things on the set that make it “functional” and less model like.

For instance the gear that pokes out the top to make the ramp go down or the back to turn the tracks. 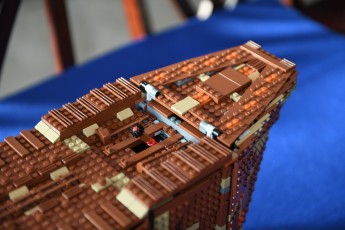 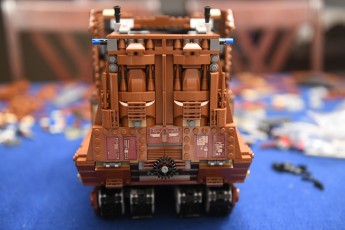 Now I know I could just leave them off, but it feels wrong to do that.

The set itself comes with a large pile of droids and Jawas, as well as Luke and uncle Ben. 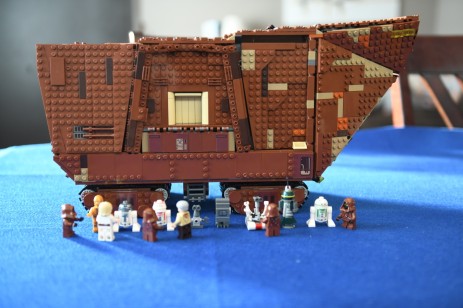 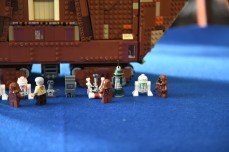 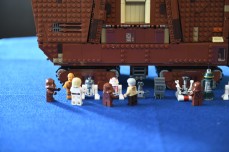 This this was a fun build to do, bricks had great clutch throughout, stickers look good and it looks great completed and on a shelf. 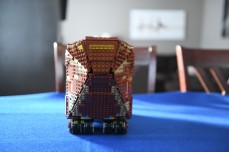 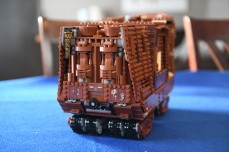 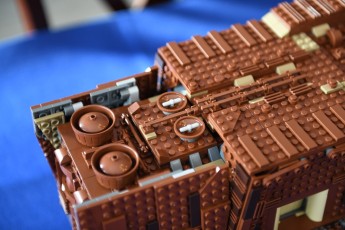 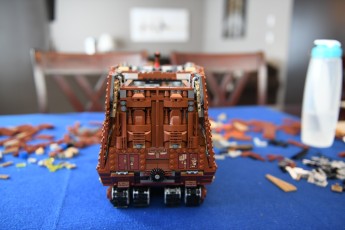 Short of parting out the Minifig scale MOC version (which is over 10k pieces), you are unlikely to find a better Sandcrawler out there.

Coming in at $108 USD I would definitely recommend grabbing one if you can
still find one now that Lepin is dead (for now at least).