So after close to 5 years in our home theater now it has seen many updates and changes. From adding speakers for Atmos, new pre-pros, a few new projectors and a new screen, none have had the literal impact that adding a second sub-woofer has.

Many year ago I grabbed a SVS PB13 Ultra, and it blew me away, we had a small little theater back then, jammed into an old bedroom, so the “little” sub did the job great, it could easily pressurize a 200 sq ft room.

Fast forward 4 years, and drop it into a room almost double in size, and it just lacked that room filling bass I was used to.

I did compensate a bit by having 2 built in Buttkicker LFE in the front row of seats, but there was always something lacking, missing that punch you in the chest bass when something explodes.

So enter the PB16 Ultra, the latest and greatest subwoofer from SVS.

Packing a massive 16″ driver powered by a killer 1500watt Class D Sledge amplifier and with it’s own built in DSP for tweaking (via the SVS app for your tablet or phone).

Weighing in at a whopping 174lbs (more than I weigh for heaven sake!) and bigger than your average dishwasher, it is immediately apparent this sub means business. I could barely get it through the door to the theater while still in the box.

Unpacking the beast itself even posed a challenge, I have never had such detailed instructions on how to remove something from cardboard box before.

Now one of the hardest things about putting 2 subs in the same room and getting them to play nice is placement. This was a bit of a challenge as doing a sub crawl with a 175lb sub is just nuts. And there is no way you will be putting this thing into your listening position either. So I pretty much had to decide on where I wanted it and let Audessy hopefully smooth things out.

My original plan was this unit would replace the PB13 Ultra, but after a lot of hours of tweaking and moving the PB13 around, I found a combo that allowed them to play together nicely. 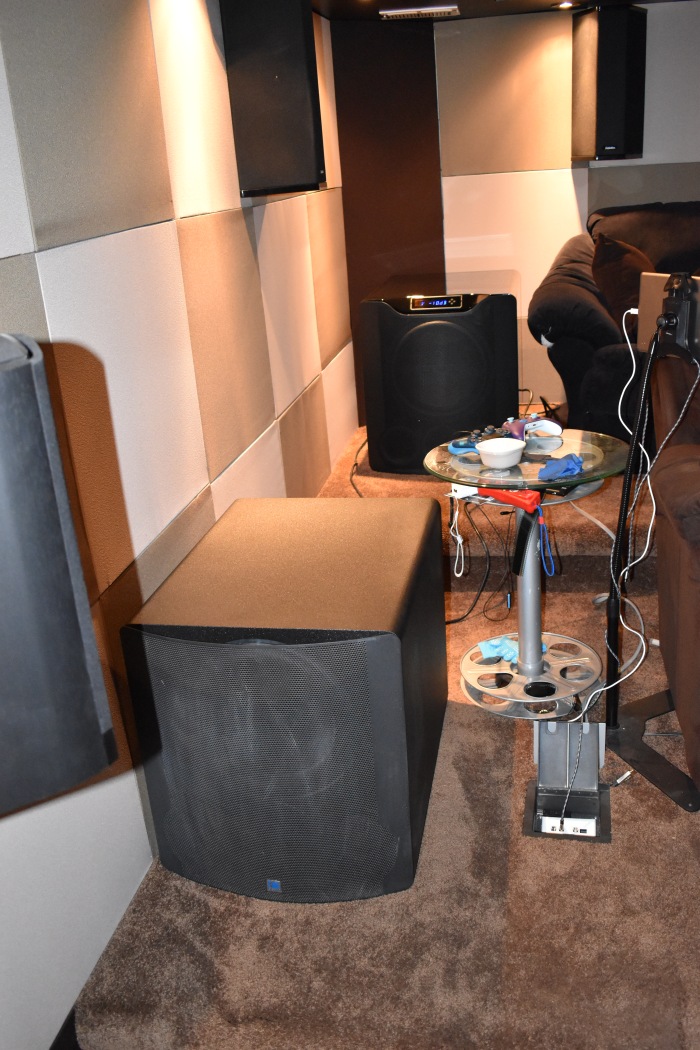 Once positioned, Audessy32 really did all the heavy lifting, no pun intended. It is hands down some of the most amazing calibration software available to the masses.

Back in the day I used to do it all by hand with a SPL meter. Speaker by speaker, micro adjusting the SPL of each one, it was a half a day process when you made a change.

Now with the addition of Audessy, it takes about 30 mins total to do a full room calibration, which includes full room correction, something that is imperative in a large room with treatments.

Another nice feature that SVS has is a weird analog method of tweaking performance. All the large SVS subs come with foam port blockers, this enables you to move your boxed sub from a ported design to a completely sealed box, or a hybrid in between, with each port blocked dropping the low end bass a few hz while increasing DBs to the lower frequencies. 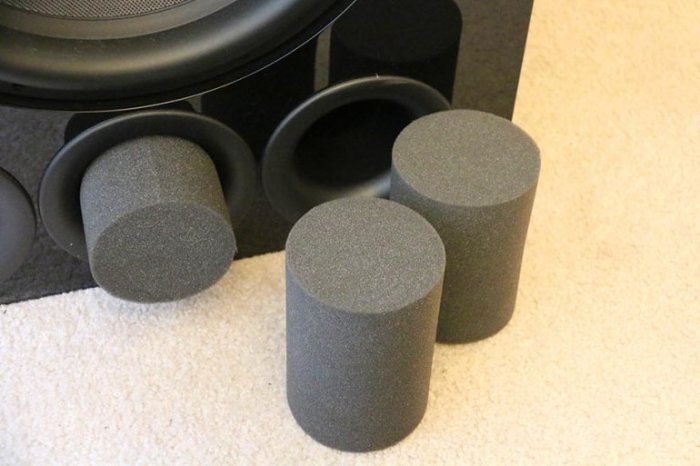 So all ports open enable you to get solid performance to 15hz with a 10db hit, with all ports closed though you can take 14hz up by 10db to theater reference levels.

It is an odd little feature that can really make a big impact.

So with all the tweaks and setup behind me, it was time to check out the performance.

One of my fondest memories of my little PB13 was the first movie we watched, How to train your dragon. When we first watched this many years ago, the PB13 rocked the chairs we were in during the final battle with the uber dragon. The whole room, heck, the whole house shook when he flapped his wings. This was something that has been missing since we build Coffin Theater 2.0.

Well I am glad to say, that feeling is back.

I popped in the HTTYD disk and immediately jumped to the same scene. After a few minor tweak to the SPL level of the sub via the app, I was again enjoying chest pounding bass, something lacking for almost 5 years now.

The first full length action movie I watched was the fantastic Ready Player One. I invited over all my guys for the subs debut performance and holy heck, it did not disappoint at all.

I have never in my life heard and felt such impactful yet nuanced bass. From the subtle thrums of the soundtrack, to the gut punching wreaking balls, from King Kong’s rampage shaking your eyeballs to Mega-Godzilla’s stomping that made me wonder if my houses foundation would hold up.

This sub is the real deal. With crystal clear bass and enough power to pressurize a 350sq ft room by itself.

About the only thing I could see scaring people away here is the price. Up here in Canada they run a staggering $3999. It is a little better in the US, coming in at $2499.

If you are down south, you may be able to grab one of these for a deal from 3rd party Amazon.com sellers. I have seen them as low as $2099 for open box returns. Sadly they do not ship to Canada, but that is not to say you could not order one to a border town and go for a drive to pick it up and save yourself a grand or more.

That said though, if you can afford it, it is worth every nickle. You are unlikely to find a better sounding, harder hitting sub on the market today. 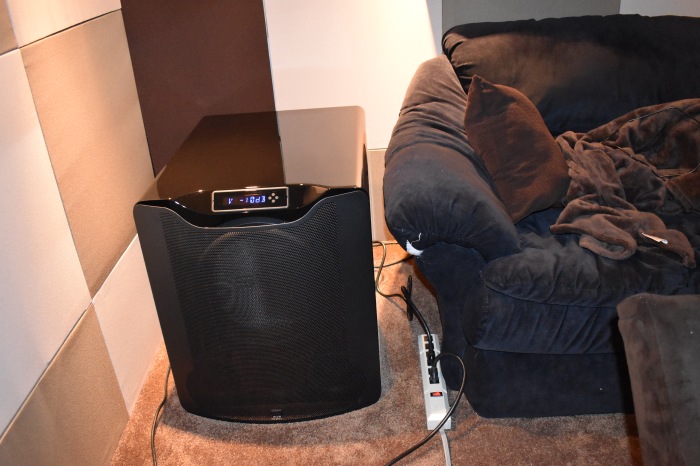